For my last birthday, my brother gifted me a copy of the complete fiction of pulp-horror writer H.P. Lovecraft. I had never read any stories by Lovecraft, so I was glad to receive this thoughtful present.

Before opening the collection, I did some online research on Lovecraft’s top scariest stories, and I happened upon this list of six best Lovecraft stories for the Halloween season written by an avid fan. The descriptions were well-written and made me intrigued to dive into my book.

The first story I chose was “The Dunwich Horror.” It was a good choice because it centred around the “ancient ones” mythology that Lovecraft created in his fiction. It introduced me to the Necronomicon and its power to usher in the end of human kind. I particularly liked the treatment of the Necronomicon as a key that had to be protected and hidden from those who would use it for evil. I liked that a librarian was thrust into the heart of the action, acting as guardian of the key and as detective responsible for stopping the end of human kind.

I liked the many narrative tools that Lovecraft used to set the stage for supernatural activity from the beginning of the story, mostly in his description of the setting and its people. As the story went on, it was told largely by the evidence left behind by the monstrous Whateley family , from local rumours to physical debris to the first-person experiences of villagers who had the opportunity to encounter or see any of the other-worldly monsters.

Lovecraft’s descriptions of the monsters were bizarre and strange, and told well enough to give me an immediate visualization. I had never imagined any creatures like how he described: a mix of underwater-creature tentacles and Pan-like furry features cobbled grotesquely onto giants.

My favourite literary tool Lovecraft used was how nature responded to the unnatural creatures from the otherworld: barking dogs, and chattering birds that appeared outside of their migration pattern and increased in activity when the Whateleys were dying. Even the stench left behind by the monsters years after the horror took place in the village invoked their imprint on the natural surroundings, showing these monsters as not only enemies to humans, but to nature as well.

Rich descriptions, fast-paced action and engaging characters are what I found in my first taste of Lovecraft. I look forward to reading more!

I started watching The Boy with very low expectations. With the iconic dolls of Chucky and Annabelle dominating the horror genre, I was not sure how this storyline of a possessed doll would play out another time around.

I was pleasantly surprised as The Boy unfolded with its creepy relationship between the main character and the doll, particularly those moments when the main character notices in a mirror that the doll has turned its head to watch her or when objects are seemingly moved around by the doll.

While the movie was a slow burn for the first half or so, once the identity of the doll surfaces, the action kicks into high gear until the end. One aspect of the movie that I especially liked was the strength of its storyline. The villain’s background, as it was revealed, was believable and logical—something I was definitely not expecting going into the movie. The fact that the narrative becomes believable as it unfolds makes the movie that much scarier than the Chucky and Annabelle movies where the villain is supernatural. 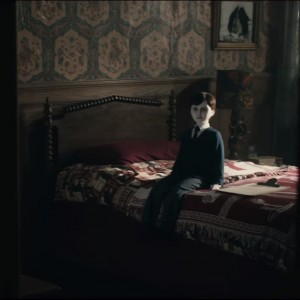