From Bart Simpson’s Treehouse of Horror #1.

When the blood dripped from Medusa’s head onto the plains of Libya, each drop of blood transformed into venomous serpents. The power of Medusa’s head is seen again when Perseus encountered the Titan Atlas. When Perseus asked Atlas for a place to rest for a short while, his request was refused. Knowing that he would not be able to defeat the Titan with brute force alone, he took out Medusa’s head, and Atlas was turned into a mountain.

From The Real Story of Medusa: The Protective Powers From a Snake-Haired Gorgon

Mark Pingitore, who created artwork for over 100 Garbage Pail Kids card fronts as well as concept work, sketch cards, and paintings for various other trading card series, has released a new series of Garbage Pail Kids characters inspired by horror movies called Horrorible Kids. They are so much fun!

You can get cards, posters and pins from this and other series he has created at Magic Marker Art.

“Clad in flowing black robes, the Dullahan has no head on his shoulders. He carries it with him in his hand, and because he is endowed with supernatural sight, he will hold the head up high. This allows him to see great distances, even on the darkest night.

But beware watching him pass by. You’ll be punished by either having a bucket of blood thrown in your face or you might be struck blind in one eye. The biggest fear of all, however, is if he stops wherever you are and calls out your name. This will draw out your soul and you’ll no longer be among the living.

Unlike the Banshee, which is known to warn of an imminent death in certain families, the Dullahan does not come to warn. He is a definite harbinger of someone’s demise and there exists no defence against him – except perhaps, an object made of gold. For some reason, the Dullahan has an irrational fear of gold and even a tiny amount may be enough to frighten him off.”

From Irish Culture and Custom

For my last birthday, my brother gifted me a copy of the complete fiction of pulp-horror writer H.P. Lovecraft. I had never read any stories by Lovecraft, so I was glad to receive this thoughtful present.

Before opening the collection, I did some online research on Lovecraft’s top scariest stories, and I happened upon this list of six best Lovecraft stories for the Halloween season written by an avid fan. The descriptions were well-written and made me intrigued to dive into my book.

The first story I chose was “The Dunwich Horror.” It was a good choice because it centred around the “ancient ones” mythology that Lovecraft created in his fiction. It introduced me to the Necronomicon and its power to usher in the end of human kind. I particularly liked the treatment of the Necronomicon as a key that had to be protected and hidden from those who would use it for evil. I liked that a librarian was thrust into the heart of the action, acting as guardian of the key and as detective responsible for stopping the end of human kind.

I liked the many narrative tools that Lovecraft used to set the stage for supernatural activity from the beginning of the story, mostly in his description of the setting and its people. As the story went on, it was told largely by the evidence left behind by the monstrous Whateley family , from local rumours to physical debris to the first-person experiences of villagers who had the opportunity to encounter or see any of the other-worldly monsters.

Lovecraft’s descriptions of the monsters were bizarre and strange, and told well enough to give me an immediate visualization. I had never imagined any creatures like how he described: a mix of underwater-creature tentacles and Pan-like furry features cobbled grotesquely onto giants.

My favourite literary tool Lovecraft used was how nature responded to the unnatural creatures from the otherworld: barking dogs, and chattering birds that appeared outside of their migration pattern and increased in activity when the Whateleys were dying. Even the stench left behind by the monsters years after the horror took place in the village invoked their imprint on the natural surroundings, showing these monsters as not only enemies to humans, but to nature as well.

Rich descriptions, fast-paced action and engaging characters are what I found in my first taste of Lovecraft. I look forward to reading more!

Sometimes I wonder about Sweetums’ back story before he joined the Muppet Show. Was he a mean monster turned softy after a particularly traumatic experience? Had he always been a sweet monster; was that part of how he was as a species? Or, was he an outcast from his aggressive family? I usually think of him as an outcast because, for the majority, all of the Muppets are outcasts, and he finds his family among them. Oh, Sweetums!

Searching for scary Japanese ghosts, I came across the legend of bakeneko, cats that shape-shift into humans, or near humans. They are tormentors and tricksters.

They appear as a popular monster in kabuki productions, like the one pictured here.

Visit Bakeneko — The Changing Cat on the Hyakumonogatari Kaidankai blog to learn all about this spirit’s origins and some of its stories. 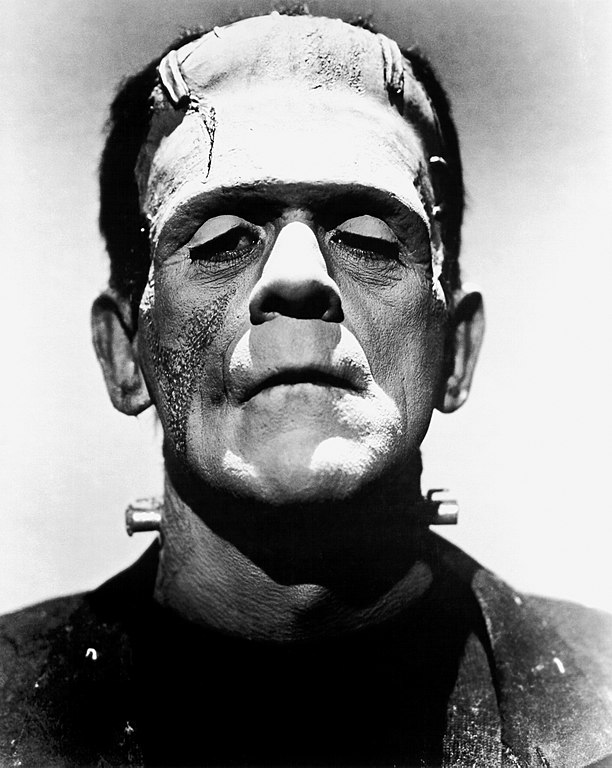