I really like the cover art of these Robert Bloch titles.

There’s one shot in Alfred Hitchcock’s Psycho that you might have paused and pointed to as proof that Hitchcock showed a knife penetrating skin (or fake skin). You even see blood as the knife goes in. In reality it didn’t go in. “They put a little blood on the tip,” says filmmaker Alexandre O. Philippe, “and then put it against her belly button, and then shot it in reverse. That’s as close as it gets. But there’s never any actual special effect needed to show an actual wound. The body remains immaculate throughout the entire sequence.”

Incidentally, this was how Hitchcock bypassed the censors’ scissors. “It’s exactly what Hitchcock told them: No, you didn’t see this. You thought you did but you didn’t. I didn’t do the things you told me not to do. I was a good boy.”

Do what your Momma tells you! lol

When I came across a copy of Robert Bloch’s Psycho at a Books-A-Million, I picked it up without hesitation. I had wanted to read it since I discovered in April 2018 that the movie was based on a book (see Horror Cinema: Psycho).

Reading it, I was surprised by its gore and violence, especially for a book written in the 1950s. I was expecting it to be more of a slow burn like its movie adaptation. Instead, right from the start, there was gore. Early on, Norman Bates was described as reading books about human sacrifices where drums were made out of human skin. The classic murder scene in the motel shower was more intense than I would have ever imagined.

As a horror writer myself, I aspire to write stories that combine a psychological thrill with true-crime violence, and Psycho turned out to be just that. It was written in a clear and concise style with engaging characters.

After reading the book, I re-watched Hitchcock’s movie version. While much tamer than the book—to be expected for the time it was made in—it was an impressive film adaptation. The biggest difference between the book and film was how Norman Bates looked. In the book, he is described as overweight with thinning hair and rimless glasses, nothing like the tall, slim brunette cast in the movie.

I highly recommend this book to any horror fan.

Hitchcock’s Psycho was the first American film to ever show a toilet flushing on screen.

From Horror Movie Facts You May Not Know – IMDb

I love discovering that a personal horror-film favourite is based on a novel:

“Psycho was the first movie adapted from a novel by Robert Bloch (1917-1994), and despite its great success, he only received $9,000 from selling the film rights to his novel. However, the movie helped his career tremendously, and he wrote for a number of films and television shows over the next three decades, most of them in the horror/thriller/suspense genre, such as The Night Walker (1964) starring Barbara Stanwyck, and Strait-Jacket (1964) with Joan Crawford.” (from Trivia & Fun Facts About PSYCHO by Turner Classic Movies) 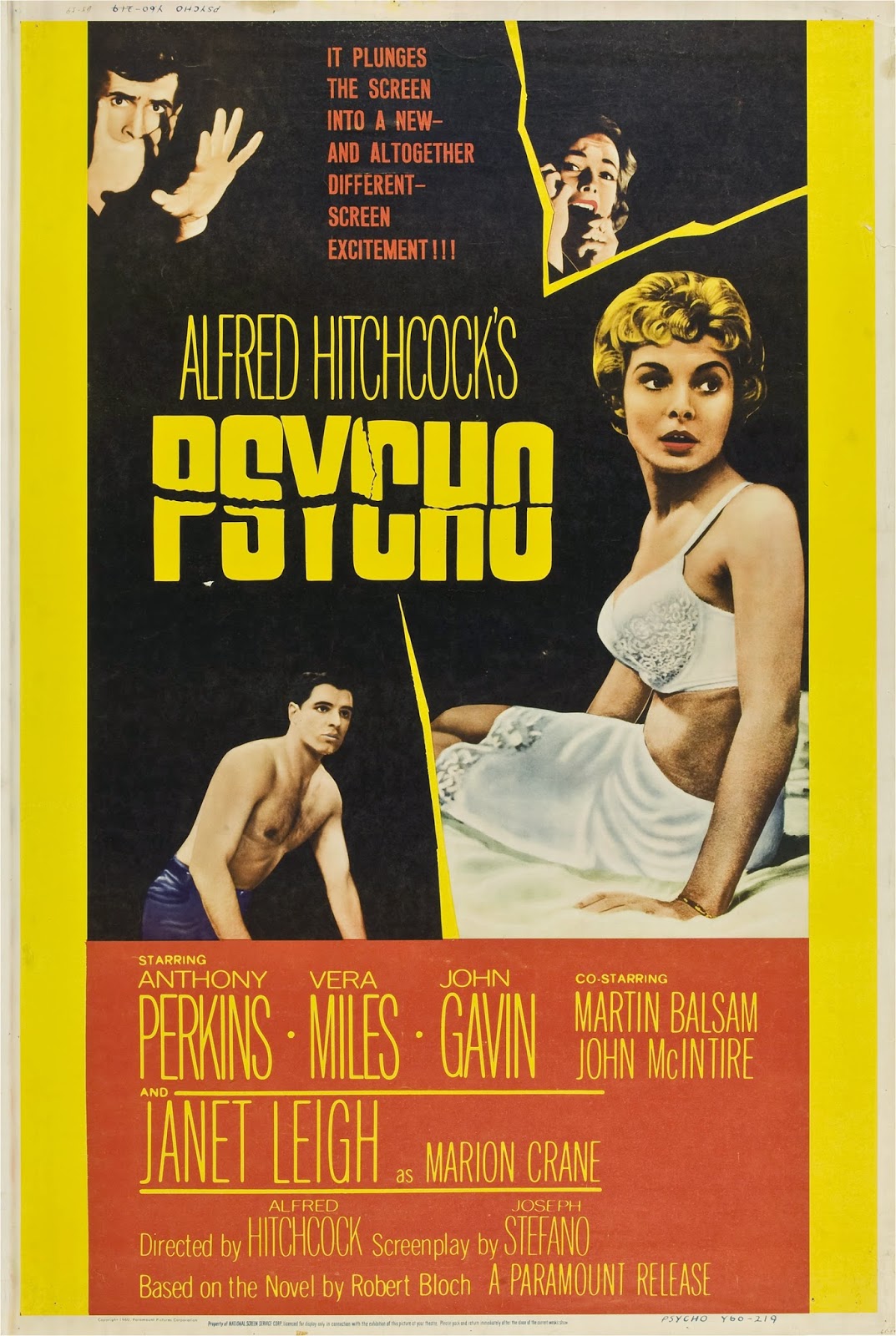