I love discovering dark things in unexpected places. I found a reference to a witch in the Old Testament. Having been raised Catholic, I never considered I would find a witch in the Bible. Her name is the Witch of Endor, and she called up the ghost of the prophet Samuel for King Saul in Samuel 1, 28: 3-25. The Witchcraft and Witches website describes the story and comments:

The Biblical passages have been subject to much discussion and interpretation as, read literally, they appear to affirm that it is (or at least was) possible for humans to summon the spirits of the blessed dead by magic. Dissatisfied with this interpretation, many medieval glosses suggested that what the witch actually summoned was not the ghost of Samuel, but a demon taking his shape, or that, if Samuel did in fact appear before Saul and the witch, then it was by a sovereign act of God himself. Either way, the passages seem to satirize Saul, the once righteous king who upheld God’s law by his sword, reduced to participating in forbidden rituals. 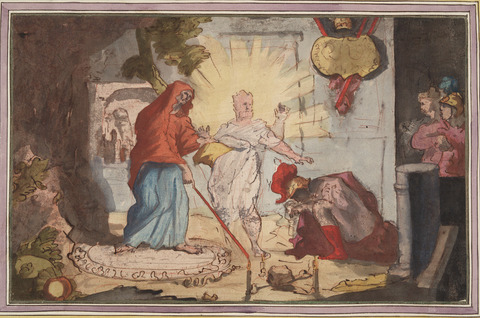